My story of determination, not illness!!
There are a lot of people on this planet more determined than me I am sure of that. But you can only work with what you have right? The house that we bought had 2 land registry numbers because they had obtained a piece of land which make our home have a 360 degree perspective. We have 2 gardens now, it was not always the case.. I found as I was under going treatment the first time that due to the height of the trees in our nieghbours garden we had no sun what so ever in our back garden. The side garden was being made into an extension so there was no way we could get any sun there either. So I decided to get some more land, there was a large piece of grass attached to the house next door. 30 meters long and 10 meters wide. It belonged to a council house. The process started by me making a phone call to the office required, as I was on the phone I could see that the sun was blazing and the whole of that land was sun kissed.

At that time in my life I was having chemothearopy and dearly longed for a place in the sun where I could relax and feel the warmth of the sun on my face. The authority came out to see the land and I was told that I was not able to have the land in question. That’s when it started, because I am sure some people would have just accepted that and moved on. Not me though, I told them they would get an e-mail, phone call, or letter from me everyday until We had the land. So it started I was a flea in their ear, an annoying fly. It was difficult to manage as I was also wanting to keep them on side whilst also by this point trying to recover from my treatment and get the extension built at the same time.
Every day I would make a phone call, or send that email, or send a letter. Always the answer was no, it was always you don’t need it you have a garden. On and on this went for 2 1/2 years until finally a team of people came and sprayed a yellow mark where I wanted the boundary to be. This boundary meant the owner of the council house still had a drive. They wrote to me and said it had gone to a 3 rd panel for another appeal. Remember this was a 2 1/2 year battle whilst also fighting for my life. You can’t imagine my elation when I was told that 3 letter word in the letter I received. I kept going out to the yellow marks they had put there. 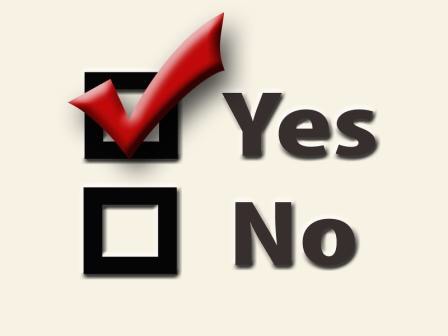 Then came that day that I put the fence up, the day that would give us the space not only I needed but the dog to run up and down the long piece of grass. Especially on days where I could not walk due to the pain in my legs, it meant I could throw a ball down the garden for her and she would exhaust herself that way. That determination over a long period of time gave us the lifestyle we needed, the piece of land with sun on it. A place of relaxation contentment and joy, because of my tanasity and determination.
It’s like that for all cancer fighters, the ones that have to fight tooth and nail to become cancer free. All those people have a niggle every day that we have to live with though, the question will it ever return to attempt to ruin our lives again. We have to live with that, but it’s better to live with that than to have lost the fight.
My friend is at the start of a family battle, and I want you to know. If it’s what you want I your life it can be so, do listen to the no find a way for there to be a yes. I know if you look hard enough, you will find a way for there to be a yes. If it was going to be easy, there would be no struggles and no joy at achieving what we have fought to achieve. No maybe I am not a financial success, but I most certainly have won the fights that have come my way. As a salesman I learnt that a no was one no closer to a yes.
Have a great week
Fonz
http://www.fonzandcancer.com

Our support group on our FB

It’s a group where people’s experiences are used to encourage others.

Everything you read are based on my own experience and my own opinions. I express them here to encourage you. Please share with others, if it meant something to you it will to someone else. All images are from a Google search. Or my own.

Bless someone, by sharing. You never know who needs to read this.

3 thoughts on “My story of determination, not illness!!”

How are you? Is life good? Cancel reply